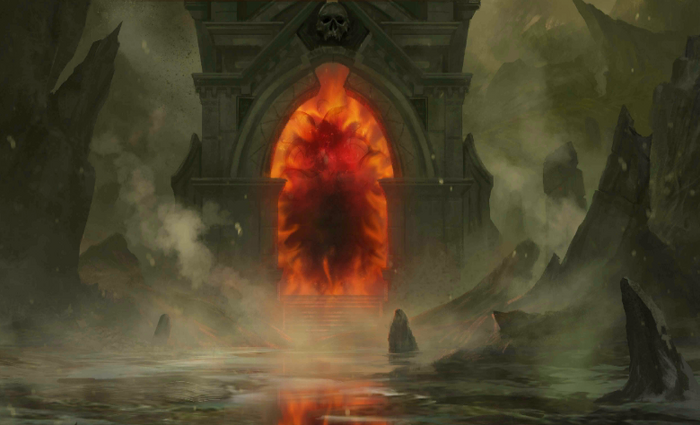 A Grim Portal has erupted from the ground beneath Camelot's ramparts. Ancient evils have begun flowing out of this portal from the Underworld, lead by their infernal master, Juicifer. These beings of pure malevolence have captured some of the boldest warriors in all of Camelot. Travel through the portal and defeat Juicifer and his minions to restore these Heroes to your side!

Defeat these Evil forces and collect Demon Keys for your chance to rescue your captured comrades! Be on the look out for the enemy boss Juicifer and his powerful disciple Balzathor and prepare yourself for a battle for Camelot's destiny! Defeat these powerful foes in Easy or Hard mode for a chance to gain their allegiance as well as recruit many other new and exciting Heroes for your team!

Equip the following cards to help increase the amount of Demon Keys you can find while defending against these forgotten forces:

Upon entering .... you see the Menu options and your personal scoreboard/rank. You are given 2 choices in which you face different levels of ...

You have a chance to win a ... boss card on both Easy and Hard levels. In addition to the boss card: Juicifer can drop Covetous Whelp and Balzathor can drop Eager Squire

Retrieved from "https://heroes-of-camelot.fandom.com/wiki/Underworld_Rescue?oldid=25441"
Community content is available under CC-BY-SA unless otherwise noted.