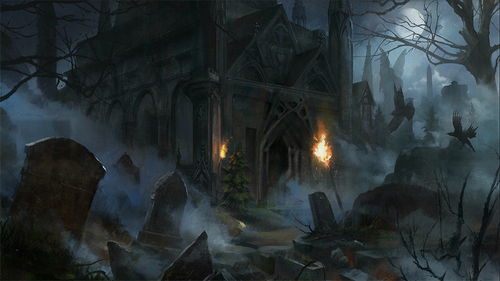 An Evil stirs in Camelot once more. Re-Enter the Forgetten Graveyard and help put an end to the Arbitor's misdeeds.

Defeat these Evil forces and collect Laterns for your chance to claim the riches of the dead! Be on the look out for the enemy boss Twilight Arbiter and prepare yourself for a difficult showdown! Defeat this powerful foe on Easy or Hard mode for a chance to gain his allegiance as well as recruit many other new and exciting Heroes for your team!

Equip the following cards to help increase the amount of Forgotten Skulls you can find while defending against these forgotten forces:

Upon entering .... you see the Menu options and your personal scoreboard/rank. You are given 2 choices in which you face different levels of ...

Retrieved from "https://heroes-of-camelot.fandom.com/wiki/Return_to_the_Graveyard?oldid=25442"
Community content is available under CC-BY-SA unless otherwise noted.