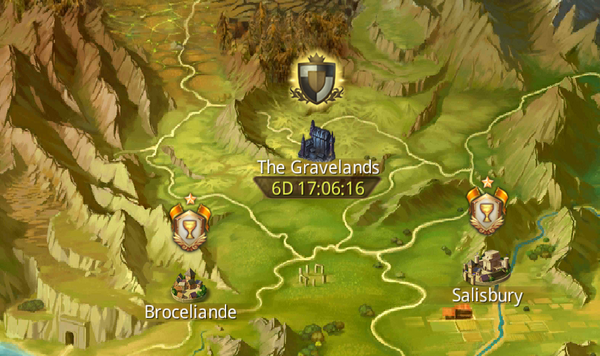 The hooded Horseman, face hidden in shadow beneath his black shroud, stands atop a mound of skulls. A bone-chilling breeze picks up, sweeping across the Gravelands just as moonlight breaks through the clouds above and illuminates a league-long field of corpses. As the wind howls, you can hear the tortured screams of souls bound to this miserable boneyard.

Death has come. He surveys the Gravelands with cool indifference. Human or beast, man or woman, Camelot or Druid or Demon...all share the same fate before the final Horseman. Do you dare challenge him? Can you escape his inevitable grasp long enough to gather Skulls so that Merlin may set those tortured souls free?

Only those who collect the most Skulls will win the top prizes. But be wary, for Death lurks amongst the bones and catacombs of the Gravelands...along with brothers War, Pestilence and Famine. Defeat the Horseman on Formidable or Apocalyptic difficulty, and you might just earn their allegiance.

Upon entering the Fortress of Gravelands you see the Menu options and your personal scoreboard/rank. You are given 4 choices in which you face different levels of Death and also see the four different tier's artwork.

Four white rings will be presented each time a card's skill is activated. The positions of the four rings are fixed. One of them will "Shrink" randomly. 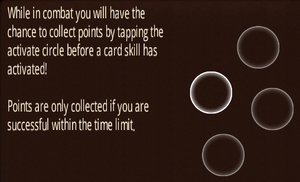 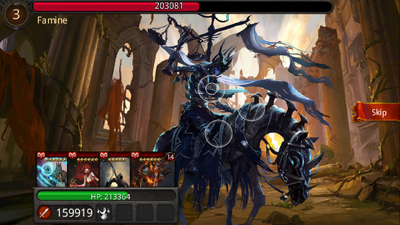 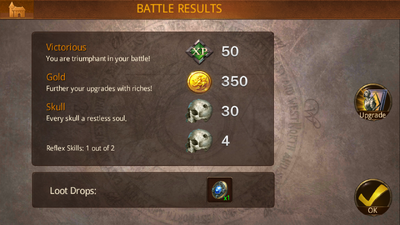 Pestilence, Famine, War and Death are all available from about 175K to 250K. per Aaron.

Retrieved from "https://heroes-of-camelot.fandom.com/wiki/Gravelands?oldid=25427"
Community content is available under CC-BY-SA unless otherwise noted.